This time my opponent was Alex! He switched from orruks to skeletons and this was his first match with the most beautiful warband (in terms of design, not game-design). As we played right after work before heading home it was an one round fight.

Turn 1: I was lucky once more and lost the first roll – had to place the board first and got three objectives. As I play semi aggro/objectives I was quite sure to score Our Only Way Out and/or Supremacy later during the game. My card-draw wad solid as I got a convenient combo with Change of Tactics and Ready for Action! Skellies were unable to reach me during turn 1 so it felt a bit awkward to go on guard with Skritch. It felt good again when he charged his Harvester and scored CoT immediately. I used the glory to provide Mr. Skritch with Acrobatic enabling me to trigger Ready for Action and smashing the Harvester to pieces. We both used the remaining activations to position ourselves for turn 2. 2:0 for the ratmen.

Turn 2: Alex opened the turn by respawning the Harvester three fields away from Skritch. If I simply charged in he could have counter-charged me with multiple models this turn. Luckily I was in possession of Sidestep inspiring Skritch (as he was chosen) while bringing him back in range. He now was able to one shot the poor Harvester and still able to move or attack during that turn. With three defence dies (Acrobatic & inspired) he withstood the Champion’s smash and was able to insta-kill him with the next activation in return. Alex revived his champ to close the gap in his defensive wall. I had to start preparing for my objectives Supremacy and Our Only Way Out which I planned to score in turn three, so I left the front the way it was and placed the hungering skaven on the first objective and my lovely Krrrk on the second. At that point I actually held only Our Only Way Out which seemed sufficient for me. Turn 2 I actually scored Shining Example, Skritch is the Greatest, Yes-yes and Arm’s Length. Alex scored two or three glory by returning his minions from the cold grave and if I remember correctly by moving all of his models. Approx. 7:3 at that stage.

Turn 3: A sweet combination of cards brought the decision in turn 3. Quick Thinker, Musk of Fear and Time Trap… Wonderful ploys with strong synergies! Beside that I held three objective cards which I would easily score this turn: Precise Use of Force, Our Only Way Out and Determined Defender. This turn I took the lead and charged in with Skritch. I killed one of his three-wounds-models first to score Precise Use of Force and draw a new objective card (I forgot which one, sorry). The beauty of Time Trap and Musk of Fear is: both can be used after a charge without limitations which means a charged character may take another attack or go on guard (See FAQ). Accordingly I could land one more attack killing yet another undead. Skritch was surrounded by foes and I had to get him on guard. During that turn he dodged three bullets and survived this bloody mess. Meanwhile I moved my third skaven onto the required objective. Alex knew what I was up to and pushed the hungering skaven (which luckily did not move yet) from the objective before his last activation. Once more he charged Skritch helping me to move the hungering skaven back onto his pile of cheese (Quick Thinker). Skritch ruined each and every plan the Warden must have kept secret during the last two turns and eventually I won this match 15:3 (seems I scored more objectives or killed more bone-dolls than I remembered). 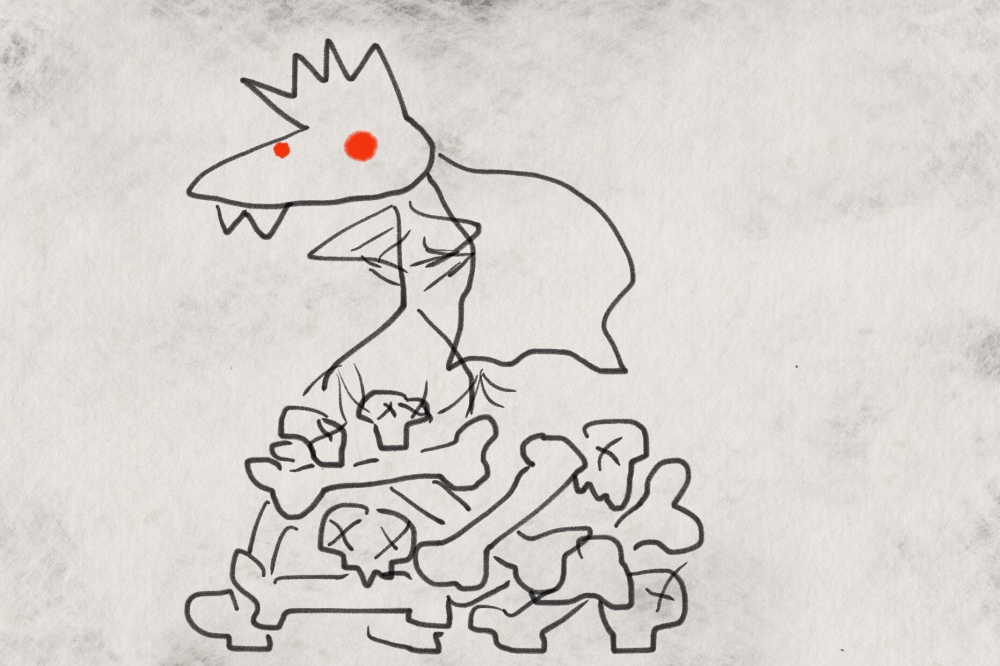 Lessons learned: The game reminded me of this “Every first dungeon of RPGs”-GIF where the skeletons are thrown all over the place. I saw no big mistakes on Alex’s side, yet the Guard’s small range makes it pretty easy to calculate moves and attacks against them. I tried to think about alternative ways of playing Sepulchral Guard, but I am yet to find a reliable playstyle. My skaven performed very well and according to plan. I felt sorry for Alex, but he is a tough guy growing with his losses!

Next time I will be back with more cheesy combos (such as Time Trap, Ready, Illusionary Fighter). Peace, out!

Reflections from the Mirrored City and beyond

Fortune and Glory in Warhammer Underworlds

Can You Roll A Crit?

Losing in Warhammer Underworlds and Dubai